Situated on Billionaire’s Row in New York, Central Park Tower has now officially been recognised as the tallest residential building in the world. The tower has been developed by Extell and as part of their marketing strategy, they commissioned us to produce a brand film showcasing “Life at the Top”. 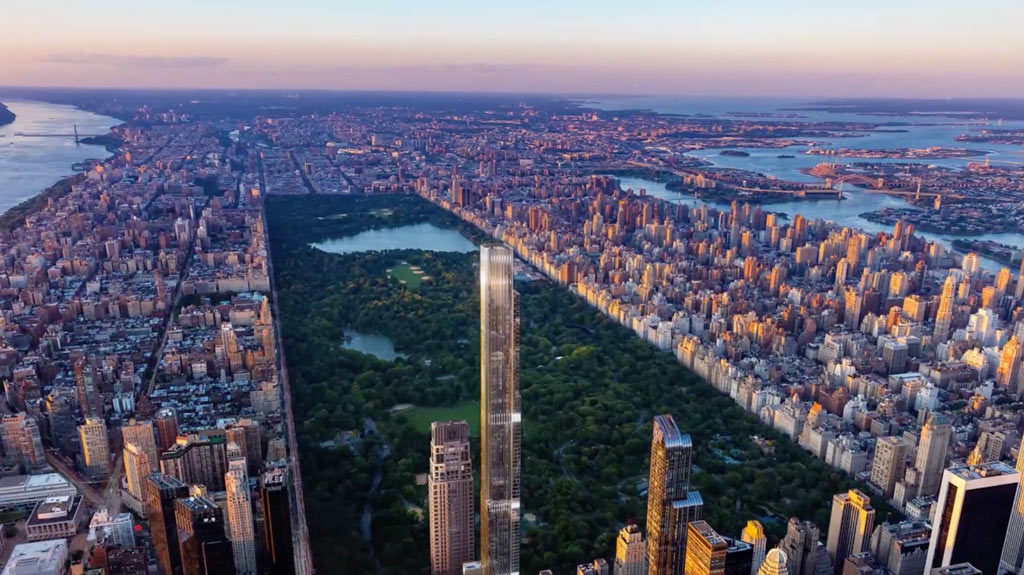 Standing at 1,550 feet, Central Park Tower is undoubtedly an architectural landmark, but it isn’t just its size that’s impressive. Extell and architects Adrian Smith + Gordon Gill describe the building as “elegant and graceful” and “respectful, bold and refined” and it’s easy to see why. Plus, the residence has been designed to include a raft of luxury amenities, there’s a private ballroom and cigar lounge, on the 100th floor, for instance. Our strategic goal was to showcase everything that Central Park Tower has to offer – an unparalleled living experience in the heart of New York.

Our 4-day studio shoot involved a catalogue of technical challenges. These included live-action filming with a motion control rig and photogrammetry to capture the frozen moments in time, seen in the film. 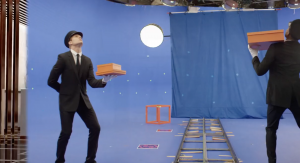 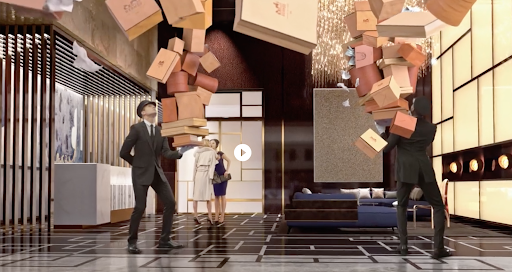 First we shot the characters and then added additional props and the surrounding environment using VFX – the end result needed to look slick, glossy and seamless and we had to draw on all our experience of producing architectural and lifestyle rendering in order to achieve that.

Aerial and drone photography are areas that we specialise in and as we set about work on shots of the Central Park Towers exterior this came in handy. We used a helicopter to shoot the backplate photography and then layered these with all the other elements using CGI rendering and compositing. 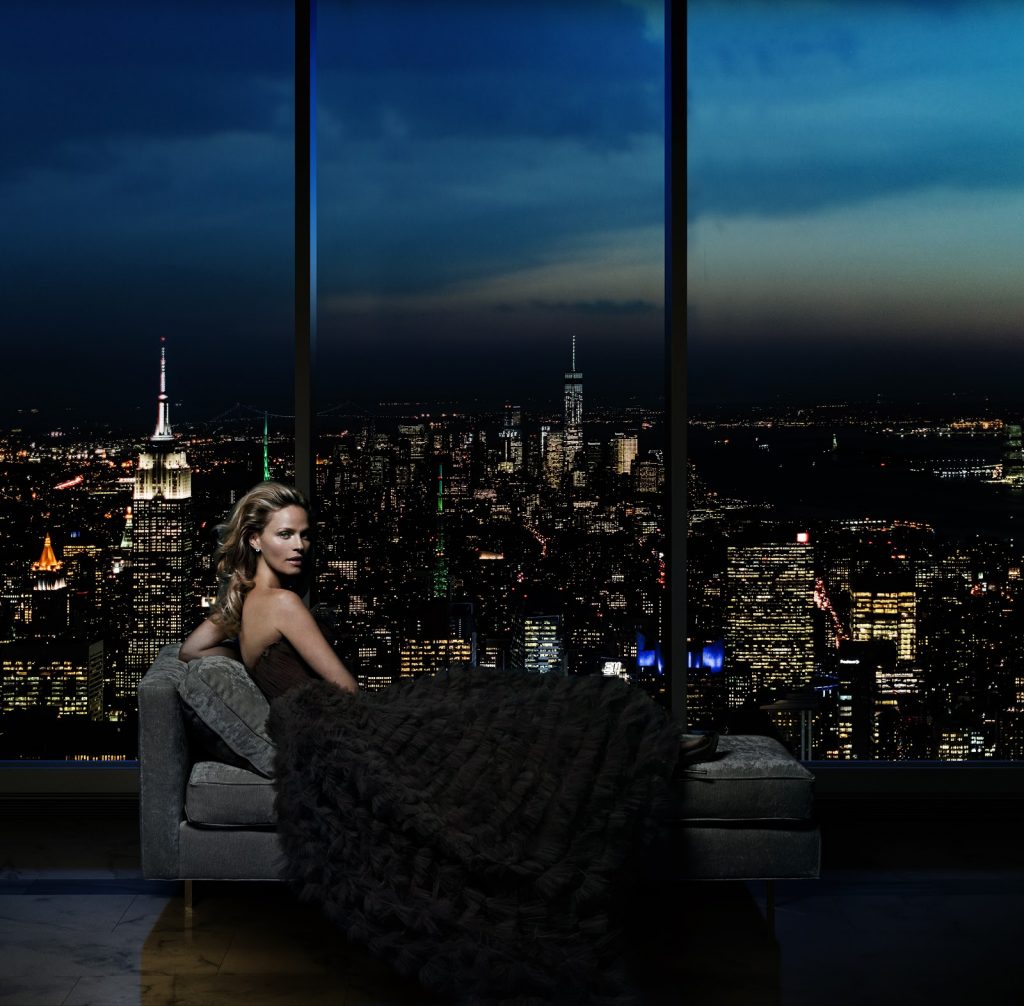 River Film: Central Park Tower – A room with a view

Views from Life at the Top

Producing CGI images of the tower’s interiors was another important part of the brief. We wanted to show them in a way that emphasised the spectacular views from the tower and in a way that captures the lifestyle on offer. 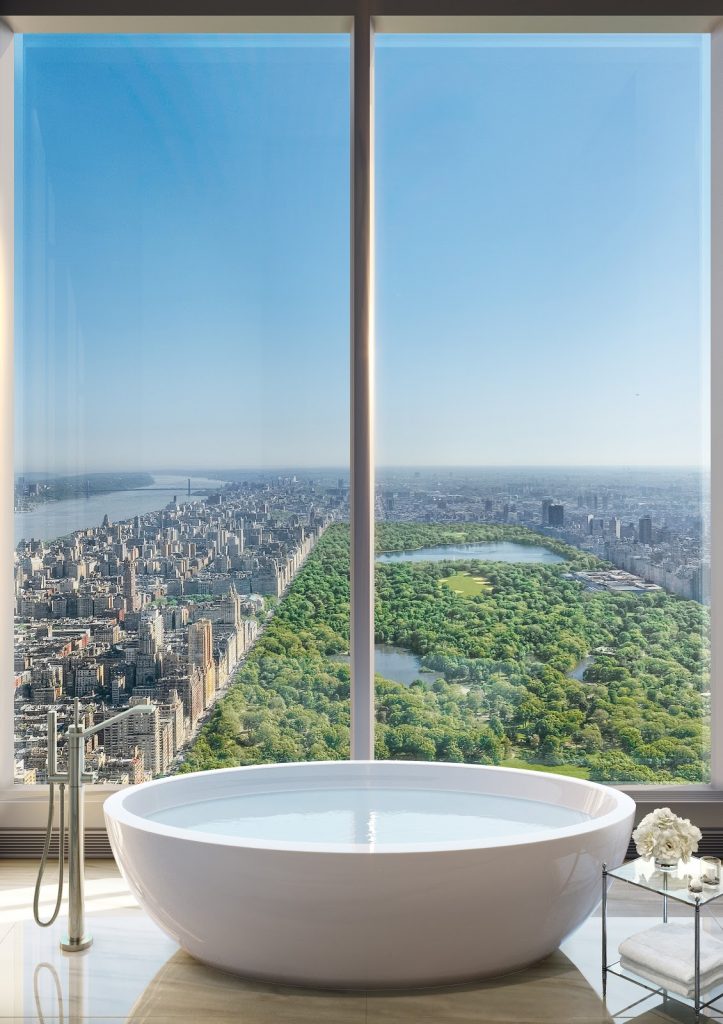 Floor to ceiling windows and corner apartments are somewhat de rigueur when it comes to luxury city living and Central Park Tower has some of the best aspects in the world on offer – day and night. 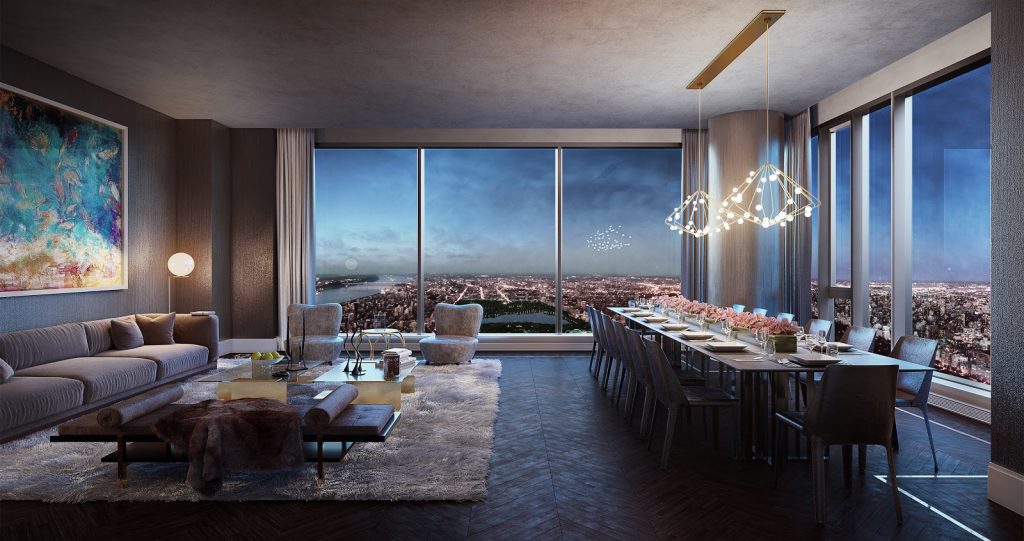 The other noticeable thing about seeing the city from the windows of the tower is that it highlights just how tall the building actually is – just over a quarter of a mile high! 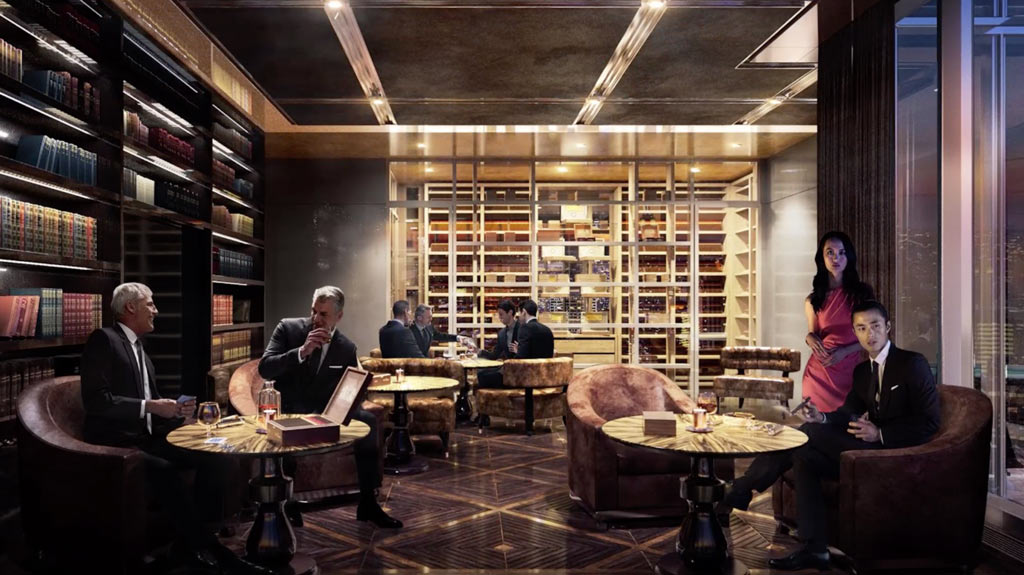 The cigar lounge typifies the lengths that the developers have gone to, providing those who will live there with an unparalleled experience of life at the top.

Many thanks to Extell, architects Adrian Smith + Gordon Gill and the River Film team who all helped make the project an unbridled success.