Harnessing some of the glitz and glamour usually associated with big film premiers was just one of the concepts we used to visualise plans for the new Cherrywood retail centre in Dublin. In this blog we take a look at how we rolled out the red carpet for Cherrywood and our client Hines. 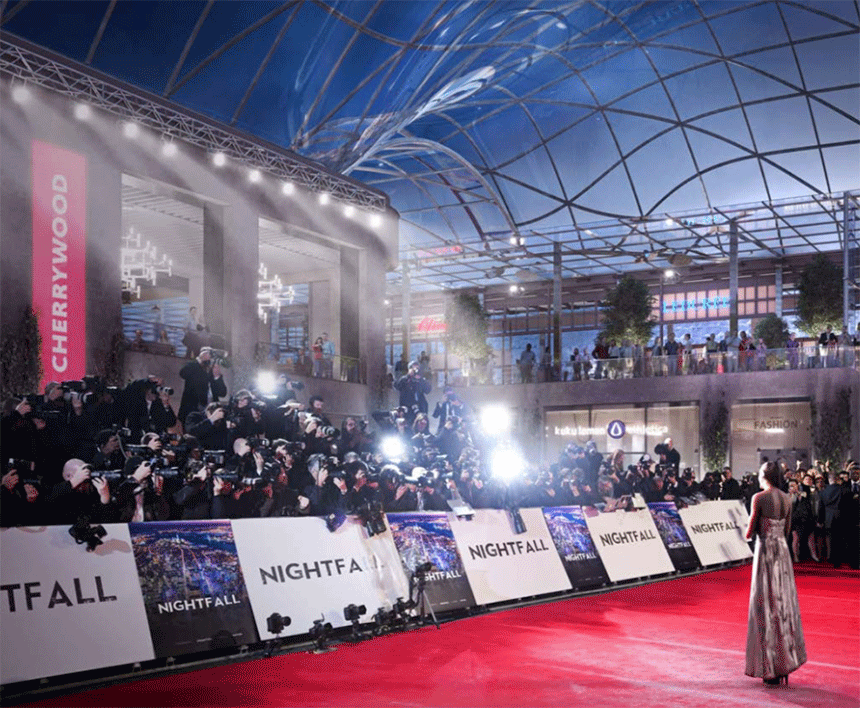 Rolling Out the Red Carpet

A film star posing on a red carpet in front of a sea of flashing cameras suggests that something special is happening. This is what we wanted the audience to feel when introduced to this rendering for the Cherrywood shopping centre – a special event stirs interest.

The retail centre is part of a €1bn mixed-use scheme being developed by our client, the US real estate giant Hines. Plans for 3,800 residential properties and a retail-led, mixed-use town centre were approved by Dún Laoghaire-Rathdown Council in June 2018 and completion of the shopping centre is scheduled for 2021.

“We can now bring to reality the great vision for this Town Centre – which will be a modern, vibrant and healthy urban environment for families, workers and visitors alike.” – Hines

Cherrywood is in south county Dublin, nestling among some of the city’s most affluent areas and is just 12 miles from the city centre. Plus, the areas proximity to Dublin Bay and the surrounding mountains and woodland, make it the perfect spot for suburban living – supported by the businesses and other amenities that will be based there. 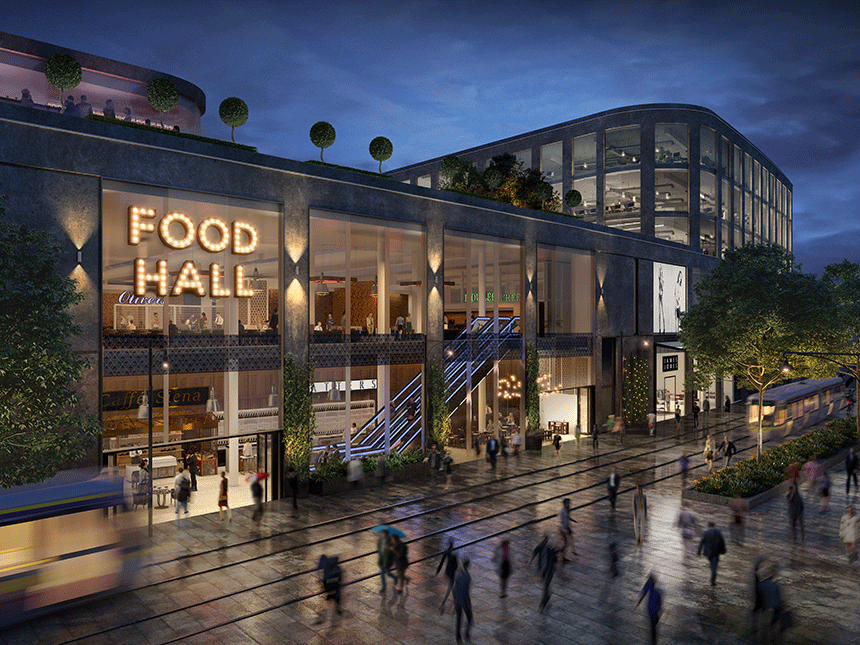 Not all of the images we produced for the project take on the film premier concept, but instead serve to provide the audience with a realistic view of how the centre will look. Our exterior shot shows the size of the offering and also how it has great transport links – via the proposed tram line.

To help the centre blend in with the land around it, the renderings include plenty of greenery – in the way of trees, topiary and other shrubs – after all this is the Emerald Isle!

Interpreting the vision for this development involved looking at ways in which we could bring to life the plans for a shopping centre designed to serve the modern consumer – now and into the future. Accessibility and convenience along with comfort, quality and a little glamour where among our keywords for inspiration.

As an added extra, Hines also asked us to produce a digital Christmas card that they could use as part of the marketing campaign for the Cherrywood development. We made a gif that shows the shopping centre in winter time, complete with Christmas tree, fairy lights and snow falling on the Grand Parade.

Architectural and lifestyle renderings are a business mainstay for us here at River Film and making sure each project meets the needs of our clients, whilst raising the bar wherever we can, is part and parcel of our mission.