In 2017, the UK’s creative industry grew faster than the rest of the economy, with the number of people employed topping the 2 million mark. And the news comes just as a new government incentive to develop creative clusters nationwide is announced. 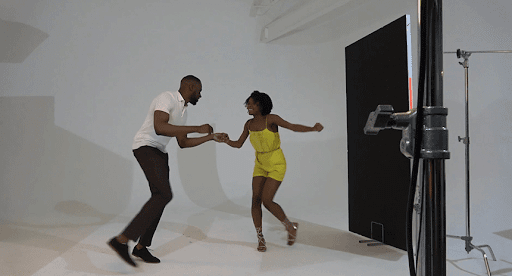 Creative Sector Worth £91.8 billion Per Year

Official statistics released by the Department of Digital, Culture, Media & Sport (DCMS), show a 2.5 per cent increase in workforce, up 50,000 to 2,008,000. It’s estimated that the creative industry now contributes around £91.8 billion to the UK economy every year – reflecting a 28 per cent rise in employment since 2011.

In addition, about 1 in every 8 businesses in the UK fall into one of the creative sector categories – 284,400 businesses in all, 18 per cent of which trade internationally. The figure for international trading among all UK business sectors is significantly lower, standing at 12.9. per cent. 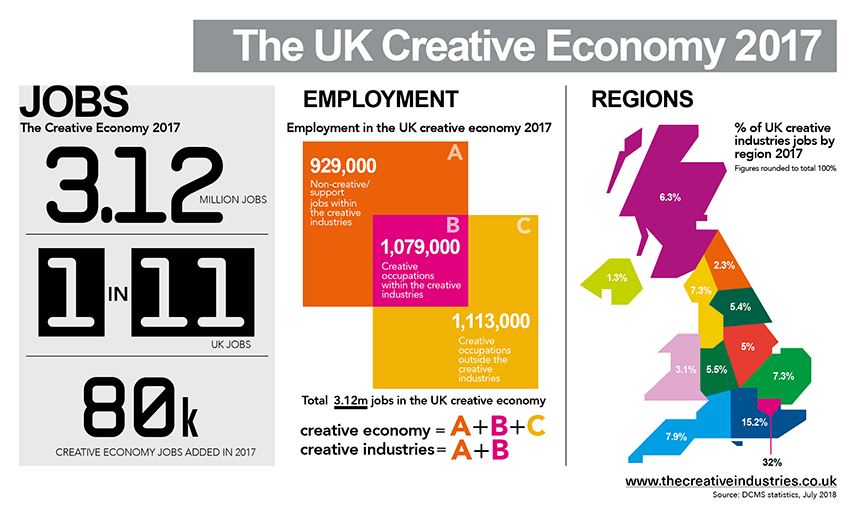 94% of Creative Industry Businesses Are Small

The creative industry has always been a hotbed for freelancers and contact workers and this too is reflected in the statistics from the DCMS. It is reported that micro-businesses, that employ less than 10 people, make up around 98 per cent of creative industry businesses and 87.6 per cent have a turnover of less than £250,000 per year.

Since 2015, there have been nine sectors that the DCMS considers are part of the creative industry. As well as some of the more obvious sectors, such as film, TV, publishing and radio, others including architecture, IT and museums are also on the list.

When creative industry jobs are viewed by region, predictably London comes out as having the most, but there are several other regions including the North West that are doing well. To help bolster this progress, the government have recently announced new incentives that, it is hoped, will encourage creative clusters up and down the country.

The £80 million venture, led by the Arts and Humanities Research Council but also involving the DCMS and the Department for Business, Energy and Industrial Strategy (BEIS) has pinpointed Belfast, Bristol, Cardiff, Dundee, Edinburgh, Leeds, London and York for investment.

When asked about the project Culture secretary Jeremy Wright said:

“Britain’s creative industries are an economic and cultural powerhouse and the creative clusters will ensure they continue to thrive in different regions across the country.”

Each of the clusters will bring together partners from academia as well as business and creative industry stakeholders that include Aardman, Burberry and Sony.

The aim of the investment is to fund research into ways of creating new creative industry jobs, companies, products and experiences that can be exported to countries around the world. The objective is to do this with increased use of digital technology to enhance audience experience for the screen and performance, and to speed up production times in the design industry – Wright continued:

“These partnerships between business, academia and industry will encourage the use of future technology to develop new products and experiences, and boost employment opportunities across the breadth of the UK.”